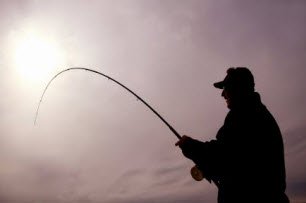 Florida Keys Fishing Tournaments are quite simply something to savour.

For any anglers out there who fancy a bit of healthy competition, instead of just battling the fish on your own, the Florida Keys offers loads of fishing tournaments. The kind of Sport Fishing that will make you bring your reel and rods again and again to our vibrant and fish filled waters.

But how many fishing tournaments do the Keys offer?

More than 50 per year, so you could win nearly a trophy a week for a whole year.

That is one hell of a shelf you will need (and just think of the dusting and polishing too!!)

Florida Keys Fishing tournaments run from the Upper Keys in Key Largo to the southernmost island of Key West and vary from trophies and awards being won, to cash, or just the honour of beating all other competitors that were in your way to total fishy glory.

But what type of categories can you win?

Well there are pretty much categories for everything, ranging from the heaviest or longest to even the most caught in a specified time.

I assume this last one is the species of fish and not the same one??

How stupid can a fish be to keep on getting caught again and again?

Generally, the Florida Keys fishing tournaments fit into one of three categories, although some tournaments have multiple divisions.

So let’s start with the toughest of them all.

White Marlin, Blue Marlin and sailfish are the most prestigious and the most expensive of all the fishing tournaments.

The Billfish Tournaments are catch and release events.

How do you prove that you caught one of these fish ?

One being the simple photograph and a sample of the leader (which will be taken away and tested for chaffing), and secondly the fact that you more than likely will not be able to move your arms for days, and will ache like you have been hit by a truck. 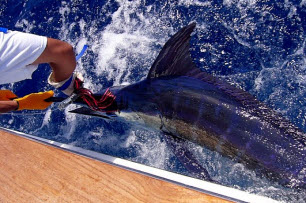 Attempting to catch one of these Florida Keys monsters is not for the feint of heart, or unfit.

I am amazed at the lengths anglers go to catch these.

For hours they battle against the Billfish, it really is a test of endurance.

The scoring process follows a intricate point system, and if you are able to catch one of each of these fish – The White Marlin, A Blue Marlin and a Sailfish all in one day then you have done the “Slam”.

How pleased you will feel recovering in hospital, knowing you have done something quite extraordinary.

It's not a surprise that the Florida Keys are such a haven for fisherman the world over.

But did you know that over 10% of the International Game Fish Association (IGFA) saltwater line-class and fly fishing world records have been broken in the waters around the Florida Keys??

Florida Keys Fishing Tournaments focusing on catching Flipper are more family type of events, with the competing anglers bringing their own boats to the events.

These events are more simple to judge with a weighing of the dolphin being acceptable.

And if the dolphin weighs more than the prescribed weight the lucky fisherman who managed to land the fish can take it back to eat. 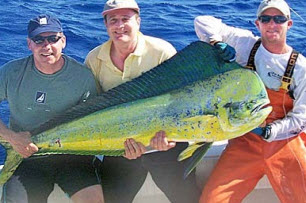 The Unusual Dolphin Caught In The Florida Keys

These competitions are always catch and release type of events, which most of the time are scored by a point system.

And within this there are some rules, such as a fish caught on a fly rod scores more points than one caught on a light tackle.

If you fancy taking part in one of the Florida Keys Fishing Tournaments specifically for the Tarpon, then you need to make arrangements of up to a year in advance.

They are extremely popular to say the least. Some of the Florida Keys Fishing Tournaments are restricted to a specific category of angler - women only or juniors only for example.

Another category might be to do with the type of rod that is used, such as light tackle or fly rods.

Others award a mixed bag of catches ranging from game fish to groupers or grunts.

The fish you are aiming for in this Florida Keys fishing tournament is bone-fish and permit. 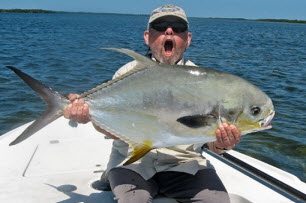 If you are lucky enough, and most anglers are certainly skilled enough to not need luck, the catch are photographed against a measuring device and released.

Points are awarded for catches on fly, spin, plug or general bait.

But make sure you arent packing the big guys in rods, as nothing heavier than 12 pounds many be used in all divisions.

The scoring system is based on a points system, and the winners of the events normally receieve a prize such as an original painting or sculpture.

If you do want to take part you can either enter with a friend or be paired with a celebrity.

This is probably the number one of the Florida Keys Fishing Tournaments each year.

It takes place in late January or early February, and even George Bush himself competes in this one.

So it has a certain.....status as you can imagine.

This competition takes place over two days of backbreaking, energy sapping fishing followed by a huge banquet where the awards are handed out.

One hundred anglers compete in fifty boats in a series of categories such as most-caught.

Every fish caught must be released and will only qualify for the tournament if it weighs at least eight pounds.

If you want to fish for dolphin in the Florida Keys then this is the one that you should aim for.

The Coconuts Dolphin Tournament in Marina Del Mar in Key Largo, occurs in Mid May and will cater for more than 700 anglers.

Unlike some of the tournaments around the Keys this one will provide trophies at the end of the days, which start at 8:00am and finish around 3:00pm.

In 2010 the prize for a dolphin weighing over 63.9 pounds was a two year lease on a Honda Ridgeline Truck!!

You can either book a charter of take to the waters in your own boat if you choose, but if you do take the charter don’t think that it will get you an advantage.

There have been equal amount of winners in either.

Scoring is determined by the weight of the fish, and since this is a food-fish tournament anglers may keep all dolphin that weight over 10 pounds.

This is the oldest tarpon-on-the-fly tournament in the Keys and the first all-release tournament.

The Don Hawley event provides 5 days of pure fishing adventure that for the adventurous anglers of the world is hard to beat.

Three main sections test the skill, the strength and the endurance of the fisherman in all-fly, all-tarpon and all-release.

The winners that get the most points will be awarded original keys art by such artists as Al Barnes, Bill Elliott and Kendall van Sant.

All proceeds go towards supporting the study of Tarpon and the general preservation of the Florida Keys, and provides assistance to guides and their families in time of need.

You must be aware that this one is hard to get into.

The tournament, held in Dec is limited to 25 anglers.

The club offers a large cash prize to the team that win the most dolphin and tarpon within the calendar year.

Make sure you check out their website on the following link for more information as to entry requirements.

This unusual tournament is for one thing…..the angler who just cannot get enough of fishing.

It lasts from Mar to Nov, and within the months cover pretty much every aspect of fishing skill that an angler could hope to possess.

Both charters and individuals can register for the tournament and also participate in a two-day kickoff tournament within a tournament, which in itself awards cash prizes.

All anglers will weigh their food-fish catches or record the releases at participating marinas and awarded prizes for their efforts.

At the grand finale of the tournament the results are announced and prizes are presented.

If the idea of tarpon fancying female anglers is your thing, then head to the waters under the Seven Mile Bridge and the Bahia Honda Bridge in late April and early May.

This is a ladies only event, and trophies are to be awarded to the females that catch the most number of tarpon and then release them over the two day event.

Points are awarded for catches on 12 pound test and 30 pound test.

This is two days of Florida Keys Fishing Tournaments at its best.

All proceeds of this Florida Keys Fishing Tournament goes to the Keys Hospice and Visiting Nurses Association of the Florida Keys.

This one is extremely popular which is great, as entrance fees alone have continued nearly £100,000 to the above mentioned charities.

In the yearly tournament, cash prizes are awarded and the prize for the boat releasing the most sailfish is given out at an awards dinner.

Weight fish divisions are given for dolphin, tuna, wahoo, and kingfish. Also, there is a junior division for youngster’s ages 9 to 151/2 years old

Florida Keys Fishing Tournaments love to have the word celebrity attached to them, and the S.L.A.M (Southernmost Light tackle Anglers Masters) is the first each year.

This event usually occurs around early September, for the benefit of cystic fibrosis research.

Participants in this two day fishing event try to score a Grand Slam.

What is a Grand Slam?

Well this is the catch and release of bonefish, permit, and tarpon in two days.

Points are awarded for each release in categories of fly, spin/plug, and general bait.

Each release is photographed against a measuring device.

Like the other Florida Keys Fishing Tournaments in this series, the S.L.A.M awards original art and sculpture to its winners.

Anglers can fish as a two-person team, or one angler can opt to fish with a celebrity.

Now you know what is on offer take a look at the up to date calandar of events for this year.

Simply click on the image above to go to the up to date Fishing Calendar for the Florida Keys.