Key West Nightlife Will Leave You Needing A Vacation!

Key West Nightlife is nothing short of spectacular.

The Florida Keys Holiday destination boasts of having more bars per capita than anywhere else in the United States.

Most of them are open seven days a week, and don’t close their doors until 4:00am, unlike their near neighbours in the Upper and Middle Keys who shut up around 2:00am.

Don't moan the staff need to sleep too!

But really it is nothing short of memorable, as after a night on the town you sit and watch the sun come up, confident in the fact that it will be an absolutely beautiful day.

So where is the best place to experience Key West Nightlife at its finest?

And why is it called this I hear you ask?

Well quite simply you start at one end of Duval Street and work your way through all the bars, pubs, and bustling drinking establishments until there is only one way of continuing.

So let's start at the Atlantic end of Duval Street, where you will find the pubs are not so closely packed.

This will give you a chance to take your time and ease your way down Duval, trying a drink or two....or three.

First you can slip into La-Te-Da.

This is a must with three quite different, but vibrant bars to savour.

Either sit at the Piano Bar, Terrace Bar or Crystal Bar for some late night entertainment.

Whatever you choose you won't be disappointed as this is Key West nightlife at its most varied.

Once you leave there then dive into Aqua Nightclub for a spot of Aqua Idol.....don't ask!!

But do expect some local, and extremely vocal offerings from the clients, who will surprise, delight and murder anything from Frank Sinatra to Britney Spears. 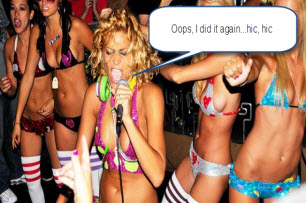 He has been known to come in a sing a few songs every once in a while. 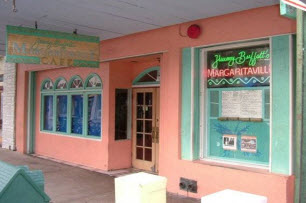 And you know that even if he isn't there the first strums of his huge hit "Margaritaville" will not be too far away.

Here you will find the Gulf Of Mexico, and boy don't the drinks flow well here.

This is a bar that needs no introduction, and can be found on the corner of Green Street and Duval.

Just walk in and savour the atmosphere.....man you will never want to leave.

But not to forget all the other great haunts that aren't based on Duval Street, we have also included some of our other favourite bars, and pubs.

Key West Classics everyone of them.

With an atmosphere as individual as the Clientele.

Ps Don't forget to try out the Rum Runner!!

But make sure you have an aspirin handy!

And what should you do if you want to start early, and, well get a head start on the days revellers.

Then there are two bars that actually open with the sunrise.

Maybe we should have skipped calling this page "Key West Nightlife" and went with "Key West....oh have a drink whenever!!"

Things are never quiet for long.

Schooner Wharf actually has a Breakfast club, where they serve beer instead of coffee from 8:00 oclock in the morning.

And the other one of our opening early bars?

Then that is going to be Don's Place at 1000 Truman Avenue, which opens even earlier at 7:00am. 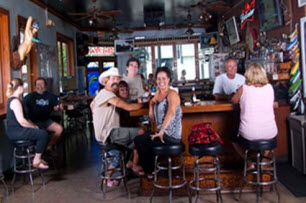